Constructed in a metal Square Body for durability & longevity, c/w a bracket which is adjustable vertically. 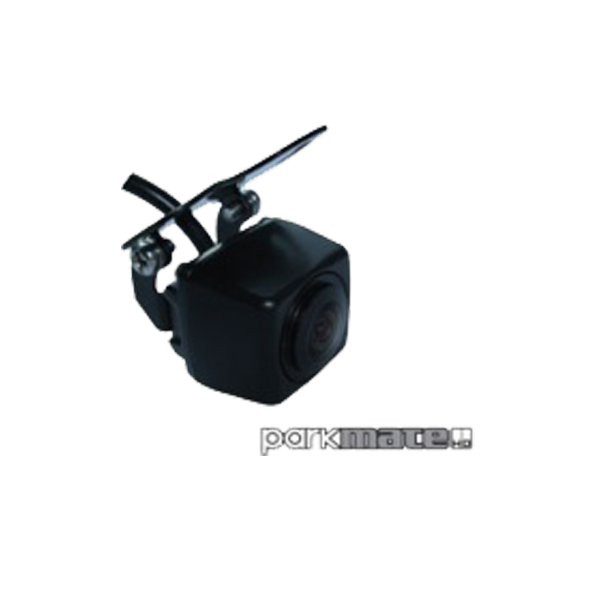 This high definition camera offers great picture quality, the image is better than a digital CMOS camera and almost as good as CCD camera.

It features a wide angle lens that captures blind spots where a standard rearview mirror will not pick up.

This high definition camera offers great picture quality, the image is better than a digital CMOS camera and almost as good as CCD camera. It features a wide angle lens that captures blind spots where a standard rearview mirror will not pick up. Constructed in a metal Square Body for durability & longevity, c/w a bracket which is adjustable vertically.

There are two different types of Reverse Cameras which are based primarily on the differences between image sensor technology, those being CMOS (Complementary Metal Oxide Semiconductor) or CCD (Charged Coupled Device).

CCD cameras are the better of the two types as they use digital technology and have higher clarity especially in low light viewing conditions.

CMOS cameras are the cheaper of the two and use analogue technology which is generally of a lower resolution to a CCD camera and is considerably slower to react to low light conditions. CMOS cameras can also come with a CMD sensor which is a high definition sensor that offers better clarity than a standard CMOS camera but about the same night visibility.

Some cameras feature Infra-Red sensors with LED’s fitted to them. IR sensors are mainly found on CMOS cameras as they act in a way that use sensors to draw in light to improve visibility, the downside is that in pure daylight the image can “ash out” due to too much light being drawn in. These cameras are generally used on vehicles that have the camera mounted far away from the reverse lights, including trucks and other large vehicles.

There is a noticeable difference in the viewing angle between cameras mainly due to the size of the lens. Generally, cameras use either a 1.7mm or 2.8mm lens for the greatest viewing angle. Some cameras have a larger lens and offer a greater viewing distance but tend to be limited on viewing angle. CMOS cameras can also be prone to a fish-eye appearance due to a high viewing angle but lower sensor technology.

The LUX rating on cameras refers to its sensitivity to light, the lower the LUX rating the better the camera responds to low lighting conditions. You may see some CMOS/CMD cameras with lower LUX ratings than CCD cameras, this is due to the picture quality of a CCD camera being far superior to the CMOS camera and not needing to be as sensitive to light.

There are not a lot of cameras on the market that feature audio playback capability. It is mainly found in more robust truck styled cameras. They can be used to assist a driver when getting directions while reversing when there is a great distance between the driver and the rear of the vehicle.

There are 2 different types of weather proof ratings available for reverse cameras, both dust and water. IP67/68 rating refers to a water proof rating, this allows for the camera to be submersible to a pre-determined depth suitable for vehicle applications. All cameras with this water rating exceed the dust rating for vehicle applications. Cameras are NOT able to be cleaned using high pressure water cleaners as this pressure exceeds the IP rating. Being used in salt water will also void warranty.